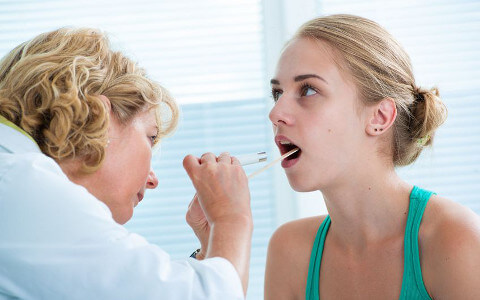 A tonsillectomy is anything but routine when sleep apnea is involved.

That's the message of ear, nose and throat specialists in the wake of the case of Jahi McMath, the 13-year-old girl who went into cardiac arrest after having her tonsils removed Dec. 9 at Children's Hospital Oakland.

Traditionally used to treat throat infections, tonsillectomy is increasingly used to fight sleep apnea. Removing enlarged tonsils can help clear the clogged airway of an apnea sufferer, allowing them to breathe well enough to get a good night's sleep and avoid consequences ranging from high blood pressure to heart failure.

However, bleeding after tonsil removal can become severe, which can cause complications for apnea patients.

"When you put sleep apnea in the picture, you're in a whole new realm of risk," said Dr. Ted Mazer, an ear, nose and throat doctor and spokesman for the San Diego County Medical Society.

That was the case for Jahi, who underwent the operation to treat sleep apnea and other medical issues. According to news reports, she was declared brain dead after severe bleeding led to cardiac arrest.

The American Academy of Otolaryngology estimates that about 530,000 tonsillectomies are performed on children younger than age 15 each year, making the procedure one of the most common in the United States.

Recurring tonsillitis is the traditional reason for removing a child's tonsils. But studies have shown that tonsillectomy does not always cure throat infection, so the academy recommends against the procedure unless there have been at least seven occurrences in the past year, five in each of the past two years or three per year in the past three years.

Bleeding after surgery is relatively common, a fact that ear, nose and throat specialist Dr. Perry Mansfield said does not get enough attention.

"The risk of bleeding is somewhere between 1 in 50 and 1 in 100 requiring medical attention after tonsillectomy," said Mansfield, a surgeon at Sharp Memorial Hospital.

A hemorrhage at the surgical wound site is one of the most common reasons for hospital readmission, according to academy guidelines.

When sleep apnea patients are overweight, doctors said that can make it more difficult to insert a breathing tube if there is heavy bleeding after surgery. There can also be a greater risk of fluid filling the lungs and cardiac complications because apnea patients can have enlarged hearts.

While the McMath family has said she began bleeding heavily after surgery and eventually suffered cardiac arrest, it is not clear whether the team of nurses and doctors who responded to the emergency had trouble inserting a breathing tube.

Mansfield said he has observed a greater risk of hemorrhage in apnea patients after tonsil surgery and routinely keeps his patients overnight under regular blood-oxygen monitoring to make sure they are breathing, especially at night.

Both Mazer and Mansfield said asking for an overnight hospital stay makes sense for apnea patients having their tonsils removed. Patients should also inform their surgeon about their medications and make sure they are not using blood thinners such as aspirin before surgery.

Death after tonsillectomy appears to be rare. Academy guidelines cite a mortality rate of between 1 in 16,000 and 1 in 35,000, though those numbers are from data collected in the 1970s.

Guidelines state "there are no current estimates of tonsillectomy mortality," but a report that looked at complications in England and Northern Ireland found a rate of 1 in 33,912.