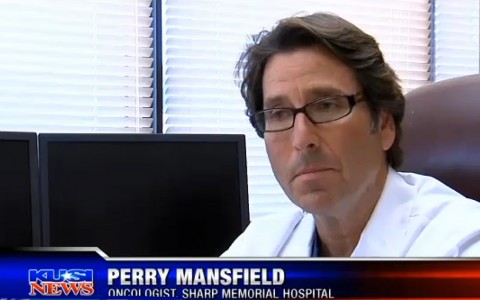 We remember Tony Gwynn's feats on the baseball field, his boundless love of San Diego, and in those last innings, he was a hero once more in his battle to beat cancer. "The positive attitude and the approach are very powerful for that patient to succeed," concluded Dr. Mansfield.

Gwynn, who chewed tobacco for decades, blamed his habit for causing his causing his cancer of the salivary gland. Twice during his playing career, doctors discovered benign tumors on the right side of his face. Then, in August of 2010, Gwynn had surgery to take out cancerous lymph nodes and tumors from his salivary gland.

"In the overall incidents, it is still a very rare tumor in terms of malignancy," said Dr. Perry Mansfield, a head and neck surgeon and oncologist at Sharp Memorial Hospital. "I'm disappointed that such a prominent and kind and giving man to our city (of San Diego) was affected by such a tragic disease."

Cancer of the salivary gland is treatable through surgery, radiation and chemotherapy – but an early diagnosis is key.