Dr. Mansfield Involved in the Development of First Neuroscience Hospital in Southern California 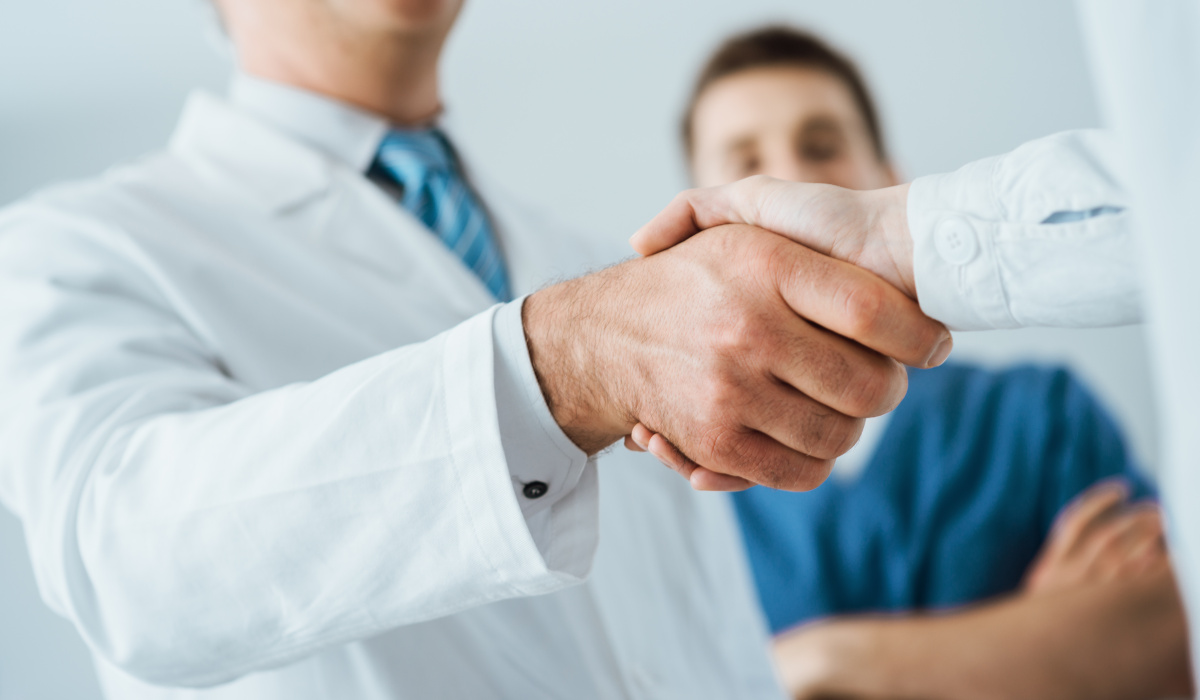 Sharp Grossmont Hospital in La Mesa treated 734 stroke patients in 2019, the most recent year for which statewide data is publicly available.

That's the most handled by any San Diego County medical facility that year, and ranked 11th among more than 300 hospitals across California.

Given such volume, it is easy to see why East County's main medical center plans to spend $58 million on a new neurosciences center with 50 beds set aside for patients fighting everything from blood clots in the brain that cause strokes to cancerous tumors of the head, neck and spine.

Fundraising for the project began recently with the announcement of a $4 million matching grant from the Grossmont Healthcare District. The funds will be released in $1 million increments as the Grossmont Hospital Foundation raises $10 million toward construction, the balance of which will come from borrowing.

The facility is to be called the Sharp Grossmont Hospital Neurosciences Center, though that could change during the fundraising process.

The idea, explains Scott Evans, Grossmont's chief executive officer, is to carve out a separate space for patients with neurological needs just as East County's main medical center did with its new Heart and Vascular Center in 2018.

"We think that having a singular focus for these dedicated beds will allow our nursing staff, our physicians, our physical therapists, our pharmacists and others all to focus on neuroscience," Evans said.

Dr. Perry Mansfield, an ear, nose and throat specialist whose career has focused on the removal of head and neck tumors, noted that medical conditions that affect the brain and neurological system often require a massive constellation of services beyond surgery.

"Success for these patients required the integration of many different allied kinds of care including nutrition, speech therapy, swallow therapy, palliative care, rehabilitation therapy," Mansfield said. "Coordination in one location, with one integrated team, creates a flow of care that's critical in terms of having positive outcomes for the patient."

It's also, he added, more humane.

Taking a patient with a brain tumor as an example, Mansfield said that it generally takes a few months after diagnosis for the medical system to determine just how to proceed. Generally, about 10 appointments with various specialists will be necessary to understand whether radiation therapy or surgical removal is likely to be most effective.

Having watched thousands of patients work their way through the process, the surgeon said he has been left feeling that much more can be done to streamline that path and make it less exhausting for those already dealing with the paralyzing fear that can come with such a serious diagnosis.

"It's a very lonely journey for the patient," Mansfield said. "They're going from doctor to doctor to doctor, and coordination among the physicians is often weak and not very collaborative."

It's easy to see, he added, that neurosurgery and neurological care in general is nearing an inflection point.

Advances in robotic surgery promise smaller incisions, reducing the need for large skull cuts called craniotomies that provide access for tumor removal. Super-high-resolution cameras able to resolve ever-smaller details are making their way into neurological operating rooms, opening up new avenues for micro surgeries that have previously been impossible. All of that is moving forward, he added, alongside a revolution in personalized medicine, which is able to tailor drug regimens to patients' specific genetic profiles, making it possible to more quickly land on the best medications among many available options.

New therapies are available first in clinical trials and only those facilities with tightly-coordinated specialist teams tend to get selected to participate.

"We're seeing now on the horizon the types of interventions that are going to be transformational, but, to participate in that transformation, you have to have the infrastructure," he said.

Initially, Grossmont's investment is around creating bed space for specialized neurological patients. The new center will include a 16-bed intensive care unit, with the balance of beds for other types of patients whose neurological needs aren't as severe.

Long-range plans, Evans added, call for an additional surgical annex with additional neuro operating rooms that would include some of the latest robotic and imaging technologies. But that goal, he said, will not happen in the near term.

He hesitated to put a specific price tag on the annex.

"I would say, essentially, it's at least doubling the cost," Evans said.

Construction is expected to begin in the fall of 2022 and will be paid for through philanthropy and borrowing. The project will rebuild a section of low-slung buildings in-between Grossmont's main entrance and its main parking garage at Health Center Circle and Center Drive. The complex currently houses the hospital's rehabilitation unit, which will remain in that location but will be fully remodeled.